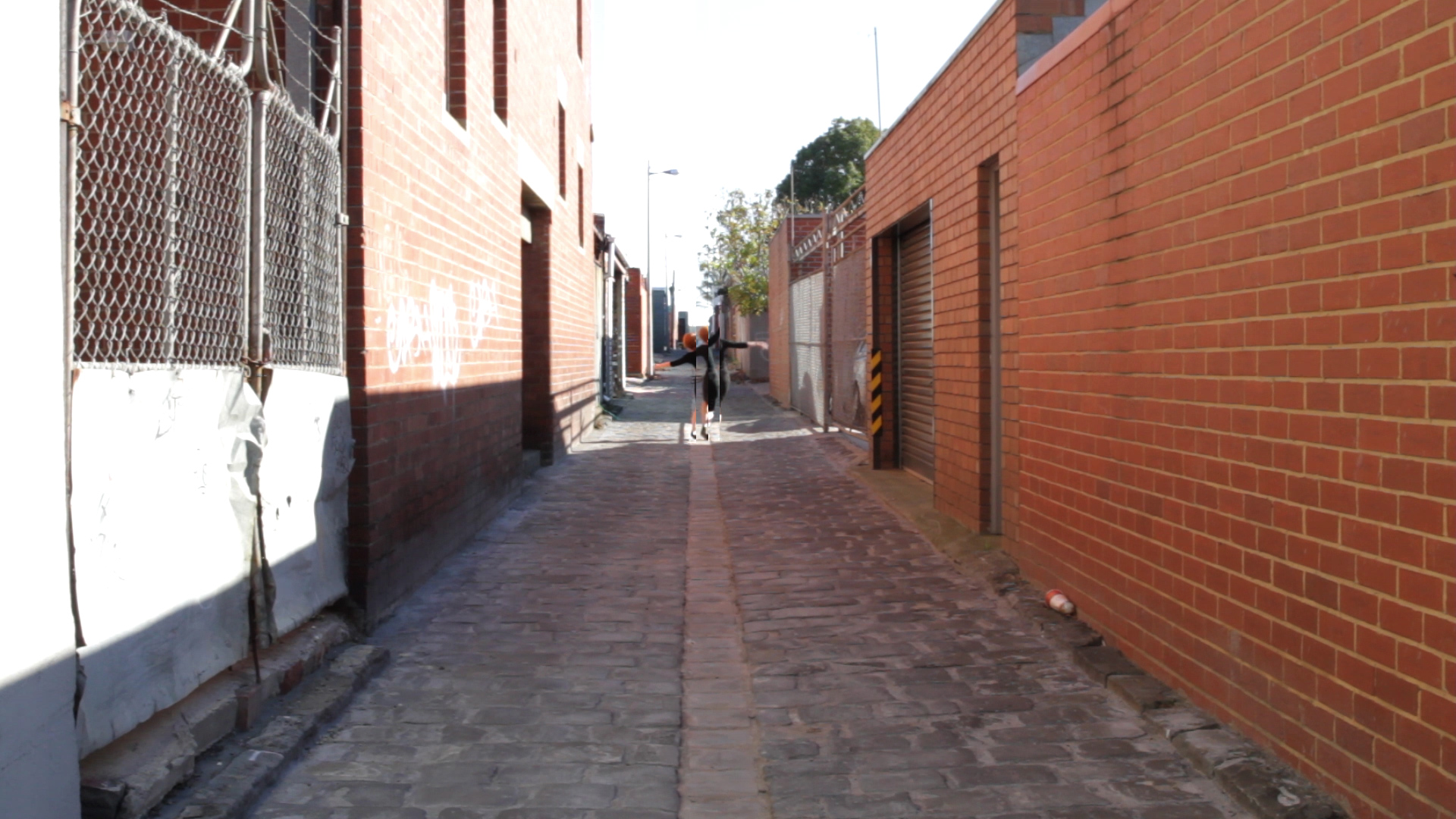 Two LCD screens sits back-to-back in a long corridor-shaped gallery with a red brick floor. Shot from opposite ends of a laneway, each channel depicts the same action from a fixed point that is replicated in the orientation of the monitors. The woman falls at the central point of the represented laneway and the monitors are placed in the centre of the gallery. The physical space of the gallery replicates the represented space of the laneway, extending the represented space beyond the frame into the physical environment.

Falling is part of an ongoing series of video works that take what might be a few seconds from a film and expands this temporally and spatially. While cinema is evoked via the framing, stillness is used to halt the ordinary flow of narrative. The work’s deadpan style, combined with the multi-channel expansion of the scene, further inhibits narrative. Instead, the camera lingers on the body as an object in space, positioning the video somewhere between performance documentation and cinema. In contrast to the cinematic framing, the gesture is reminiscent of Youtube videos of people tripping on catwalks and other staged events, blurring the boundary between impromptu and staged acts. 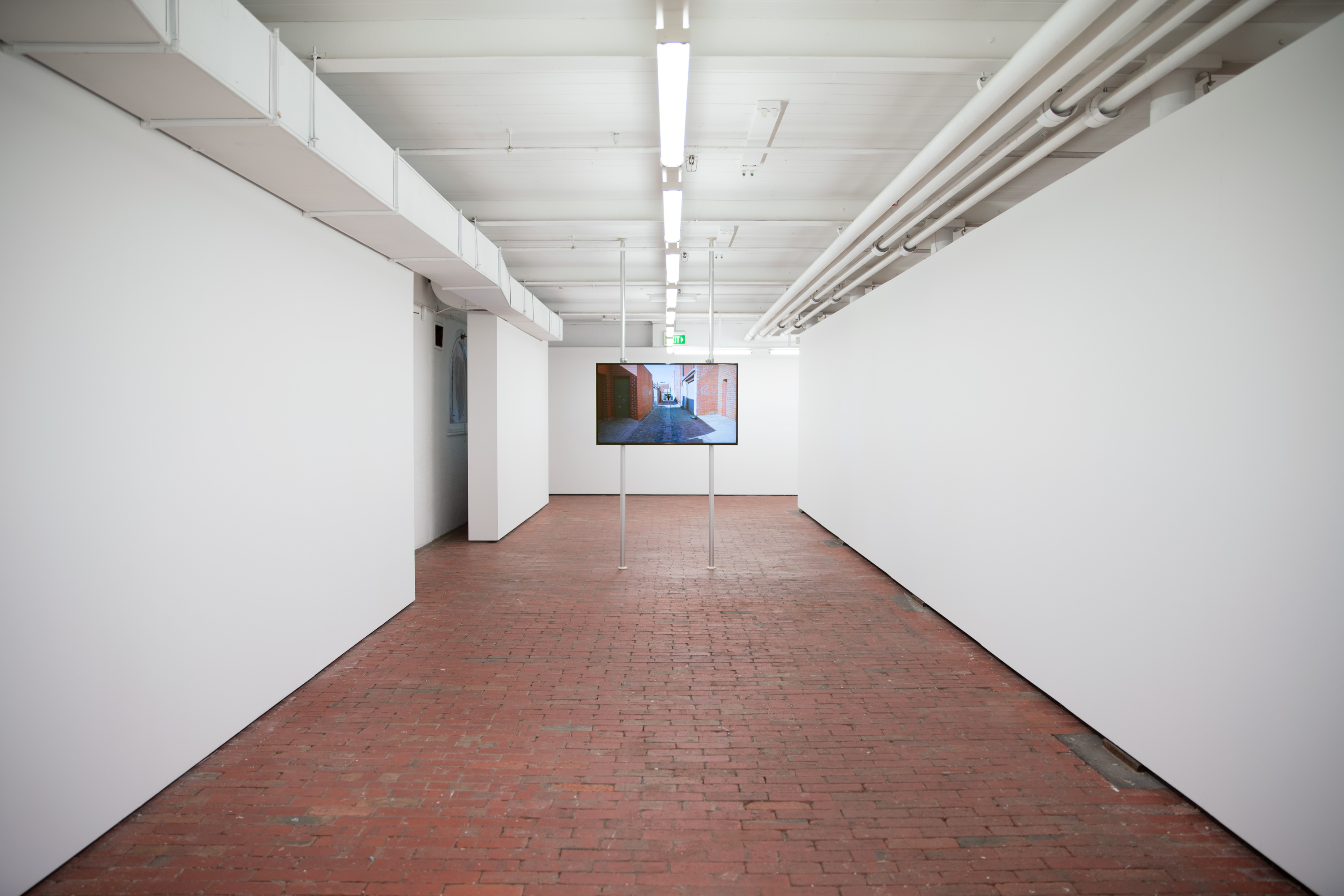 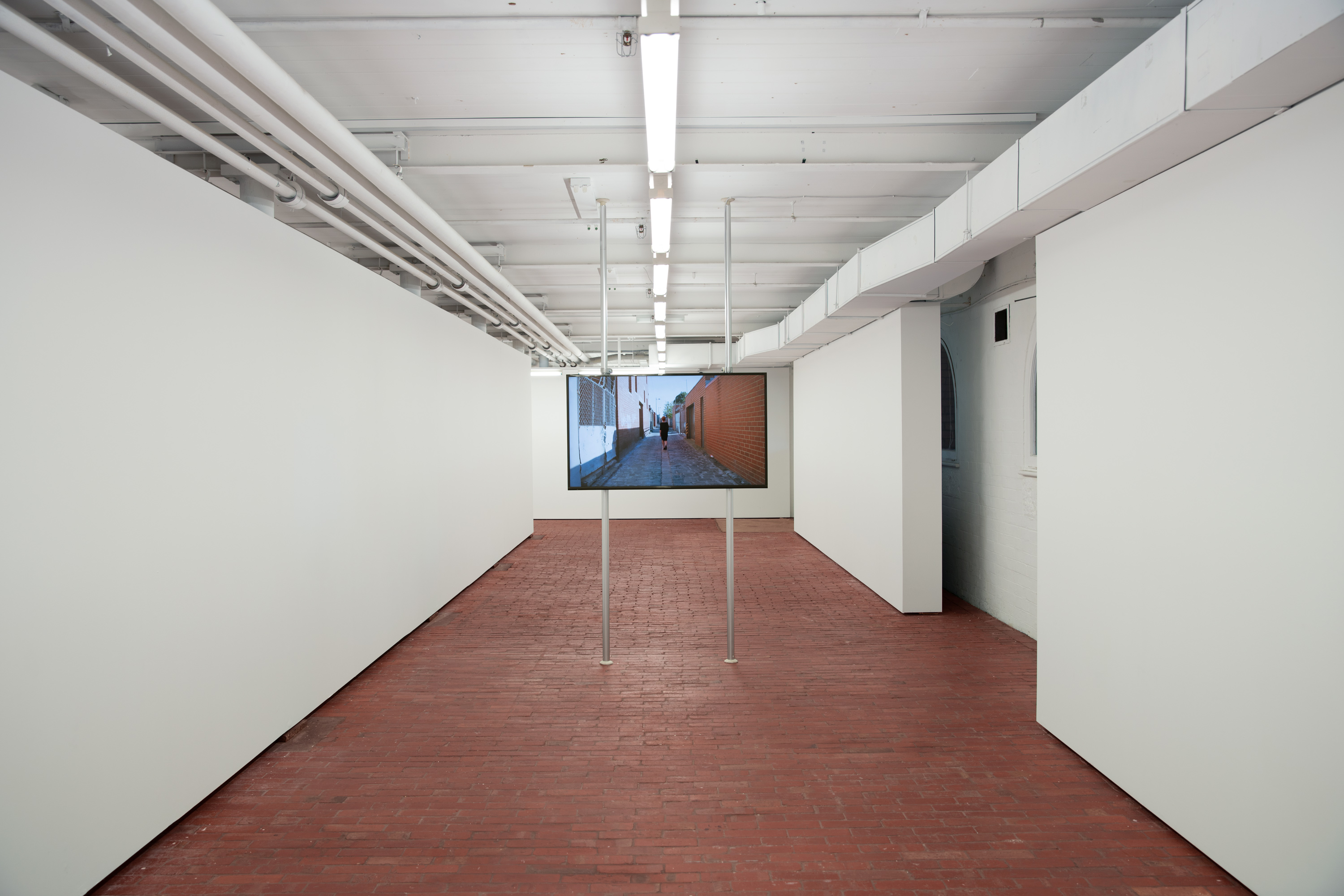 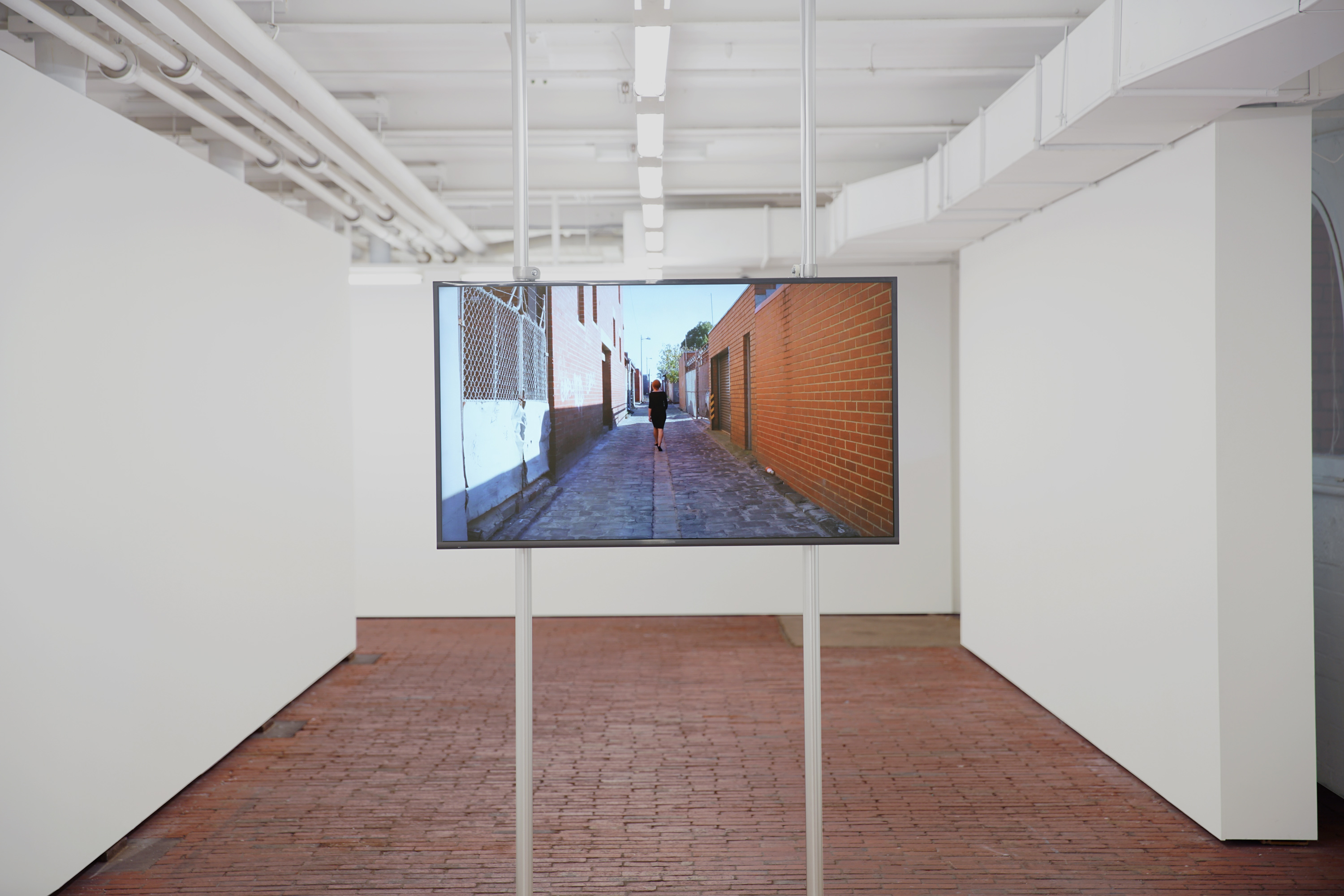 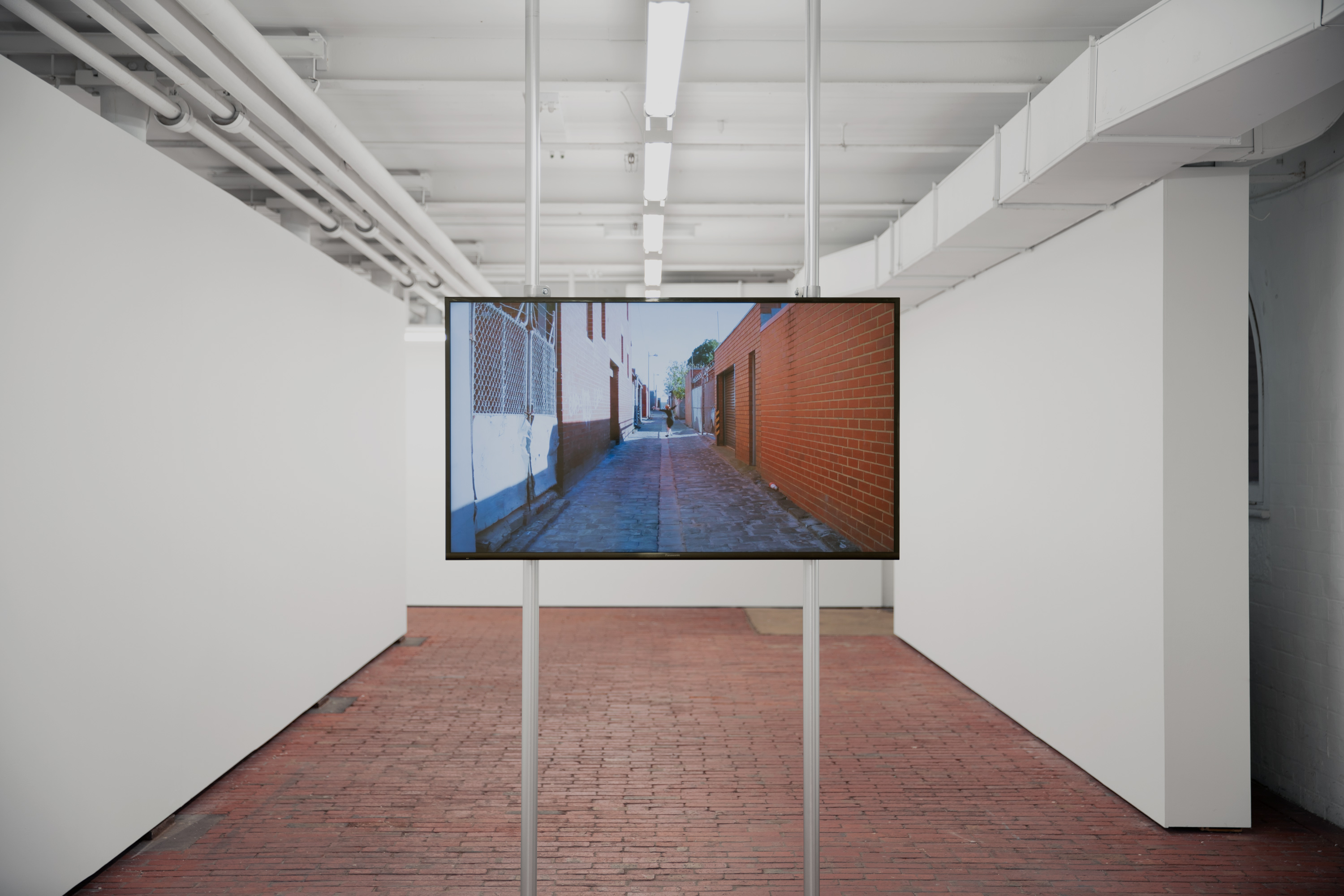