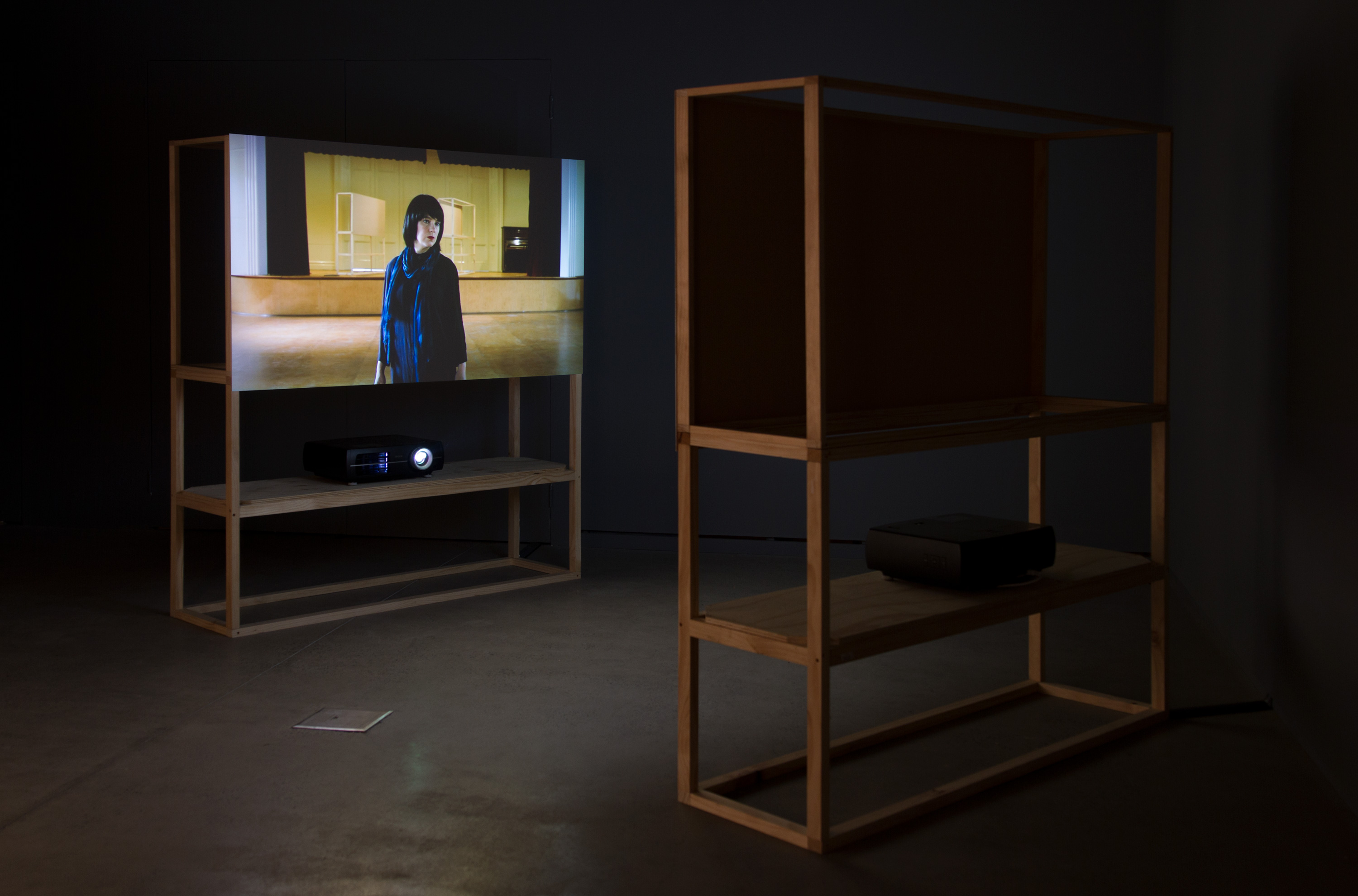 Produced as part of the collaborative exhibition, Stages, with Clare Rae.

Stages was a collaborative exhibition by Simone Hine and Clare Rae. The concept for the exhibition began with a spatial limit: each artist used the Rosina Auditorium, at the Abbotsford Convent in Melbourne, as the location for making their work.

Hine and Rae share a common interest between stillness and motion in photography and the moving image, using their own bodies to examine broader ideas related to the conditions of feminine representation. Yet, within this, each has a specific aesthetic and line of questioning. Bringing their work together around this specific location presents convergences in their work, around a shared history of art, and divergences, that mark the individual response of each artist to the location.

Presented together, the works of both artists are defined by the space of their construction, while also contributing to a redefinition of that space. In 2014 Stages was exhibited at Boxcopy, Brisbane, as art of the Queensland Festival of Photography. The exhibition was also presented at Screen Space in Melbourne in 2015, and, finally, within the Rosana Auditorium as part of the Abbotsford Convent Open Spaces program in 2015.

Stages Catalogue, with an essay by Catherine Connolly and an interview with Simone Hine and Clare Rae. Published by Boxcopy (Brisbane) 2014. Republished by Screen Space in 2015. 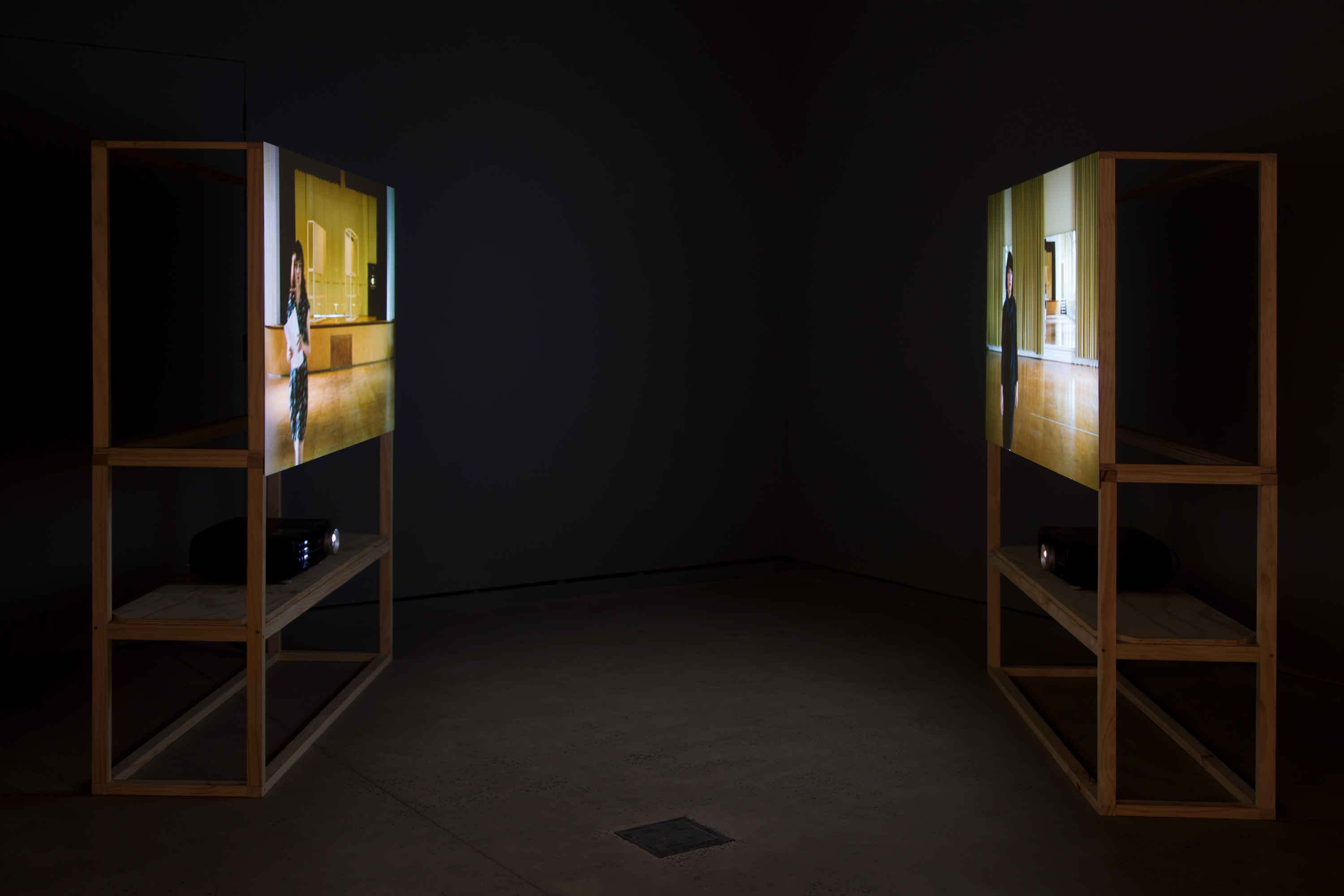 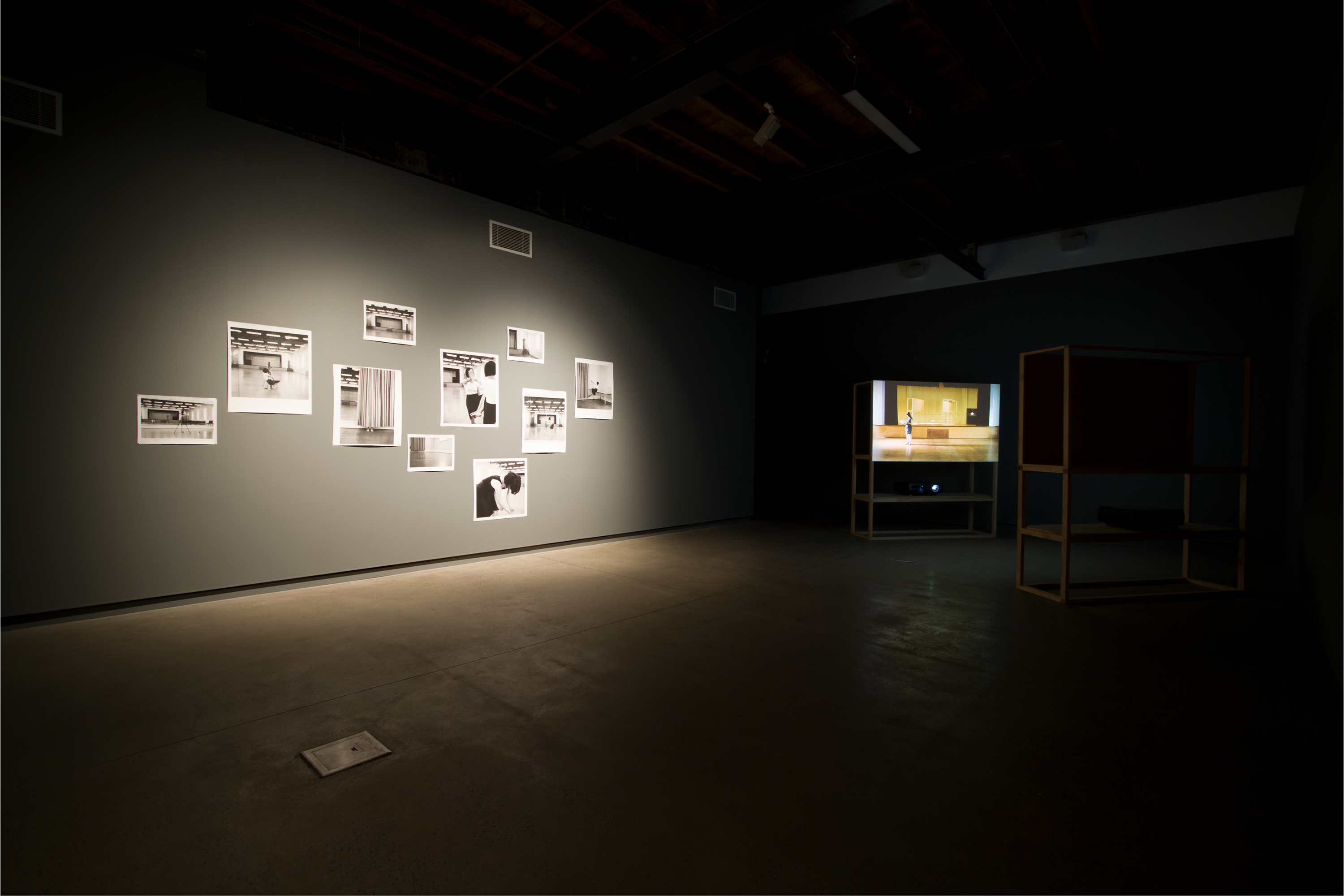 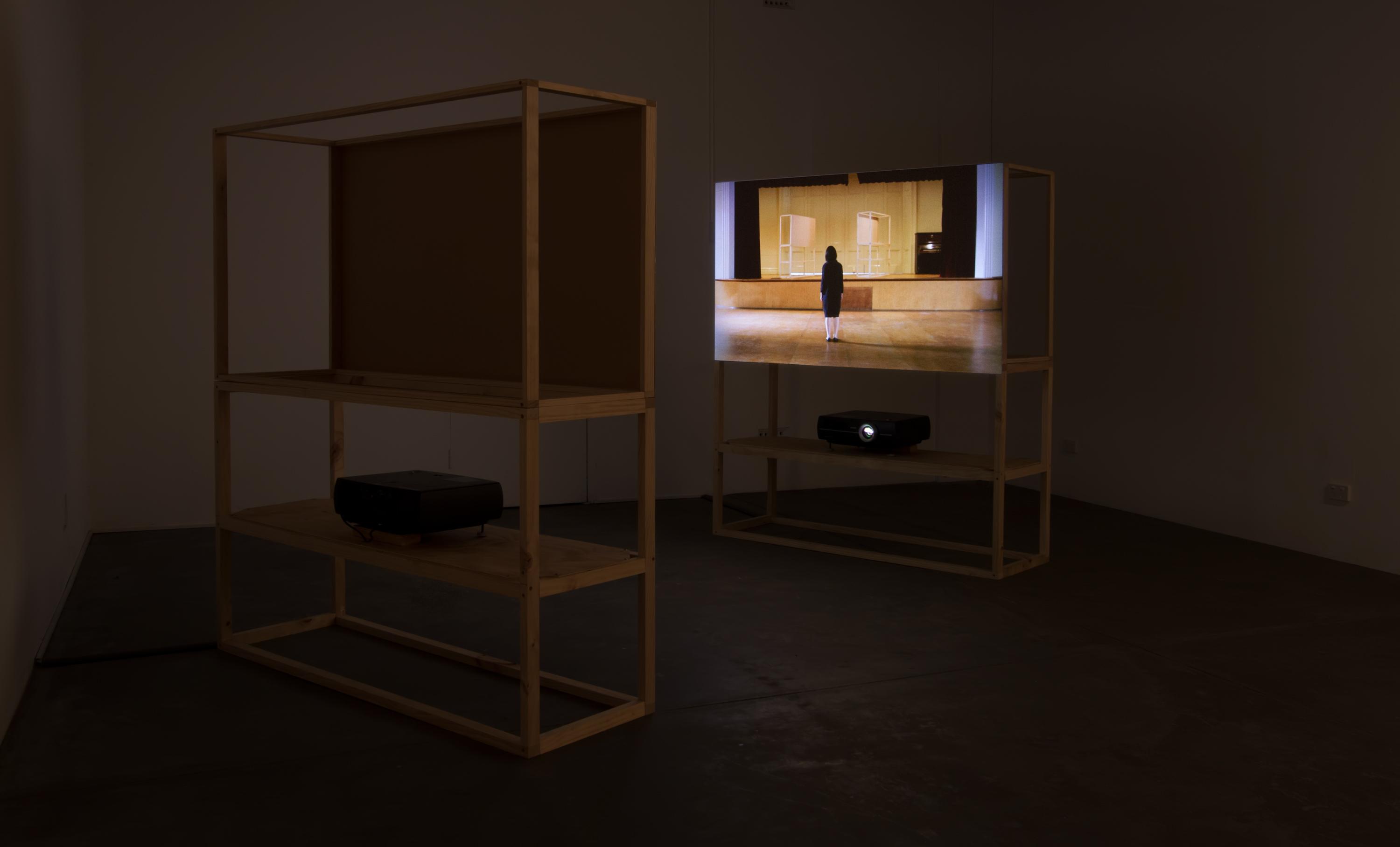 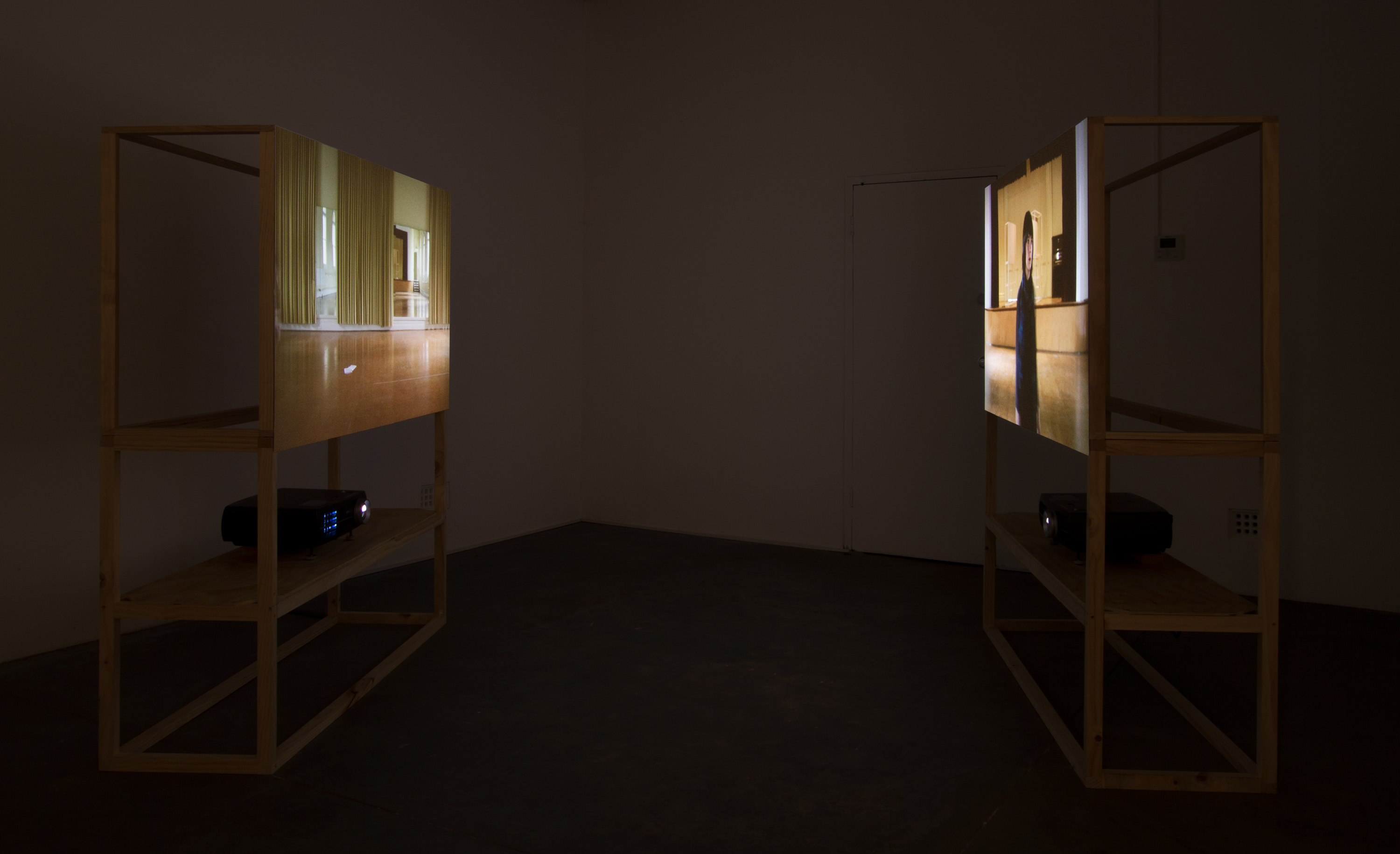 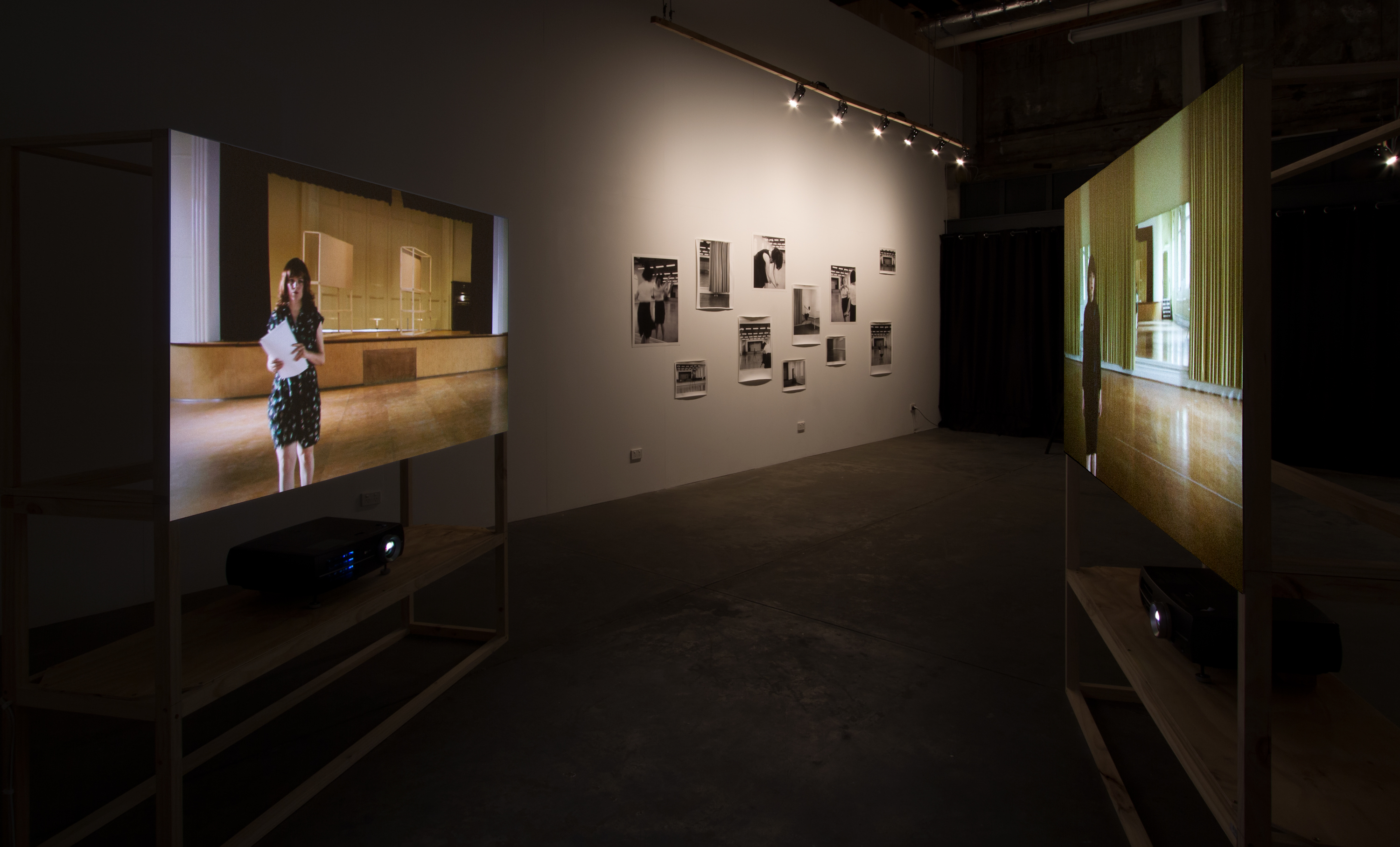