Like many of Demand' s photographs, Bathroom documents a paper model of a significant press image. Devoid of detail, Demand's photograph empties out any human component or its trace. There is no sense of time, which would ordinarily be evoked via details such as scuffs, cracks and worn surfaces. There are no reflections and nothing to reflect. A familiar image is remade not in likeness, but as an impression.

In contrast to Bathroom, Paper Tiles lingers on the small details. A crack in the tile, ripples across the surface of water and wear on the terrazzo floor are the focus of this work. The bath slowly fills up over the course of the video, giving a physicality to the images and locating them within the time of inscription, while the details speak to the site having existed through time. This is documentation of a bath that exists within the world.

Demand’s photograph evokes the way memory acts upon images, blending and smoothing edges, to create an impression. In the case of press and media images this refers also to the ways images are circulated and de-contextualised within current forms of image distribution. A context which has amplified in the years since this photograph was taken. This is often thought of as a flattening of the field of visual culture, as unrelated images are juxtaposed and layered upon each other as surfaces without context.

The extra-diegetic knowledge of the cultural significance of Bathroom in particular, and Demand in general, functions to bring this work full circle, as Demand’s photograph has become, arguably, more recognisable than the original press image from which it is modelled.

Paper Tiles does not reproduce Demand’s image, rather it evokes the image through a physical location. Unlike Demand’s painstaking process, this image has been recorded in an opportunistic manner, while the artist was staying with a friend. The detail and layering occurs within the juxtaposition and literal dissection of the image. The work is a slow exploration of the way images permeate the physical world, acting as a lens through which to understand the physical and banal environments that we find ourselves within.

Paper Tiles reimagines Bathroom as a highly circulated image that extends beyond itself into the world, flowing, fragmenting and reassembling across screens and networks. 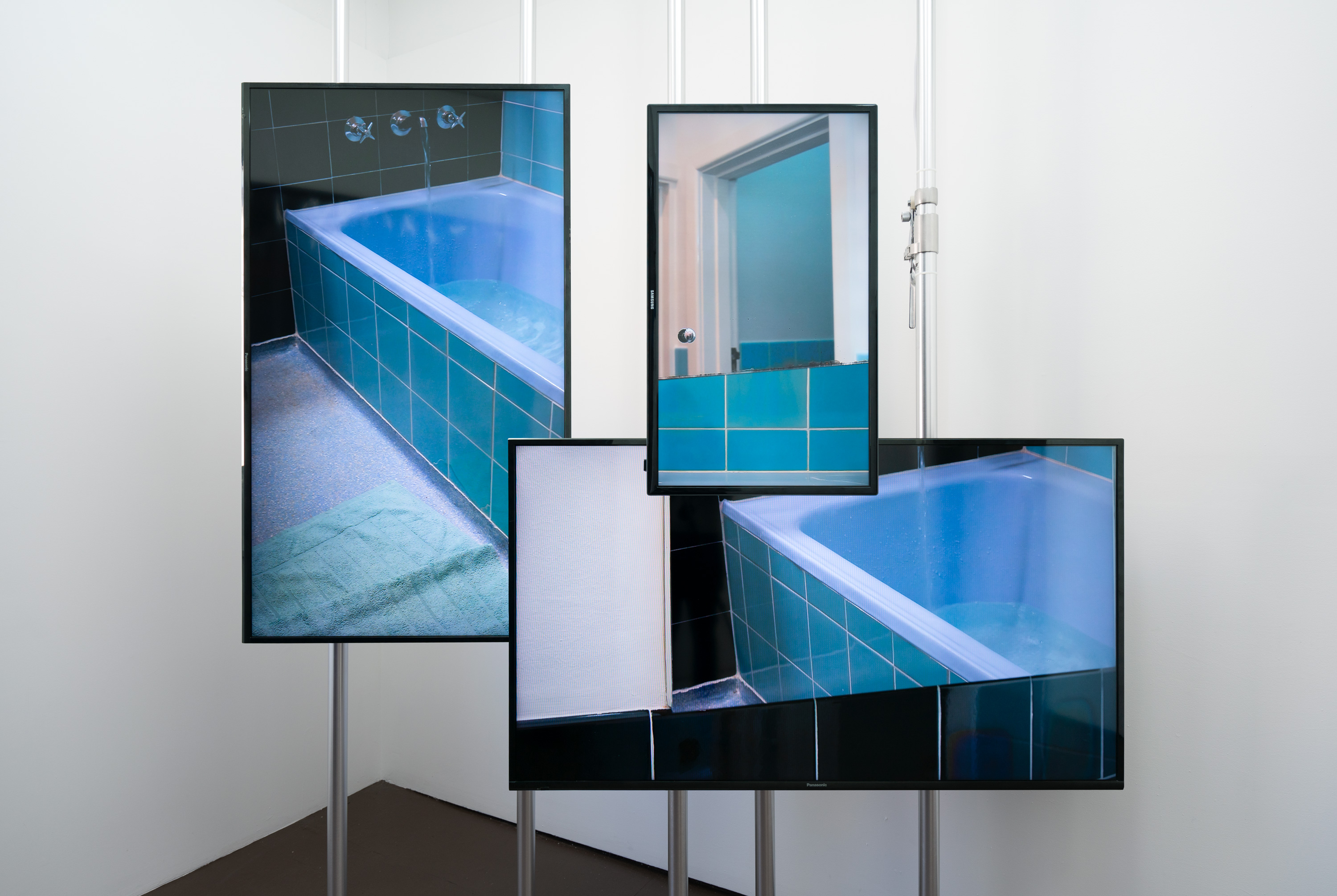 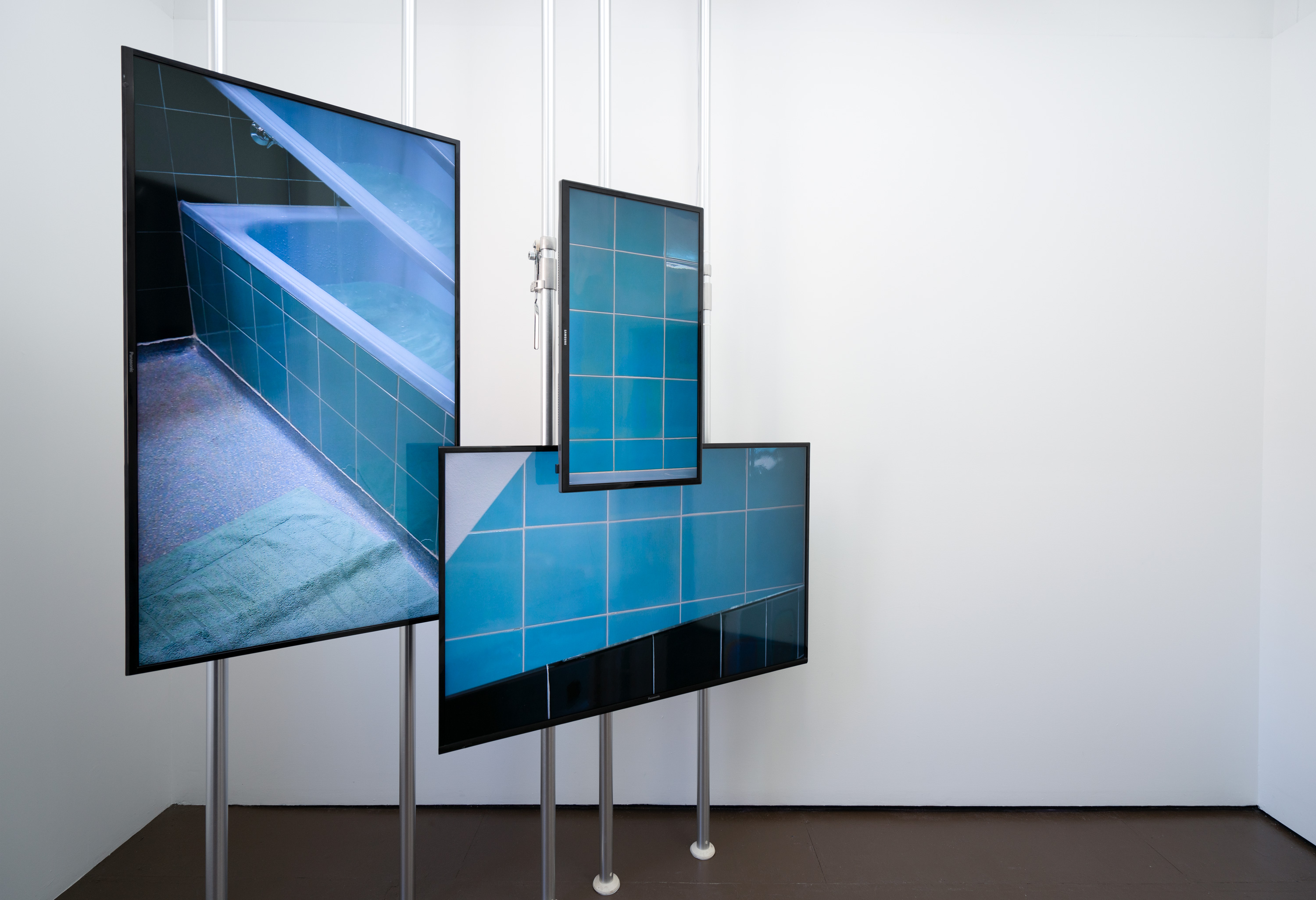 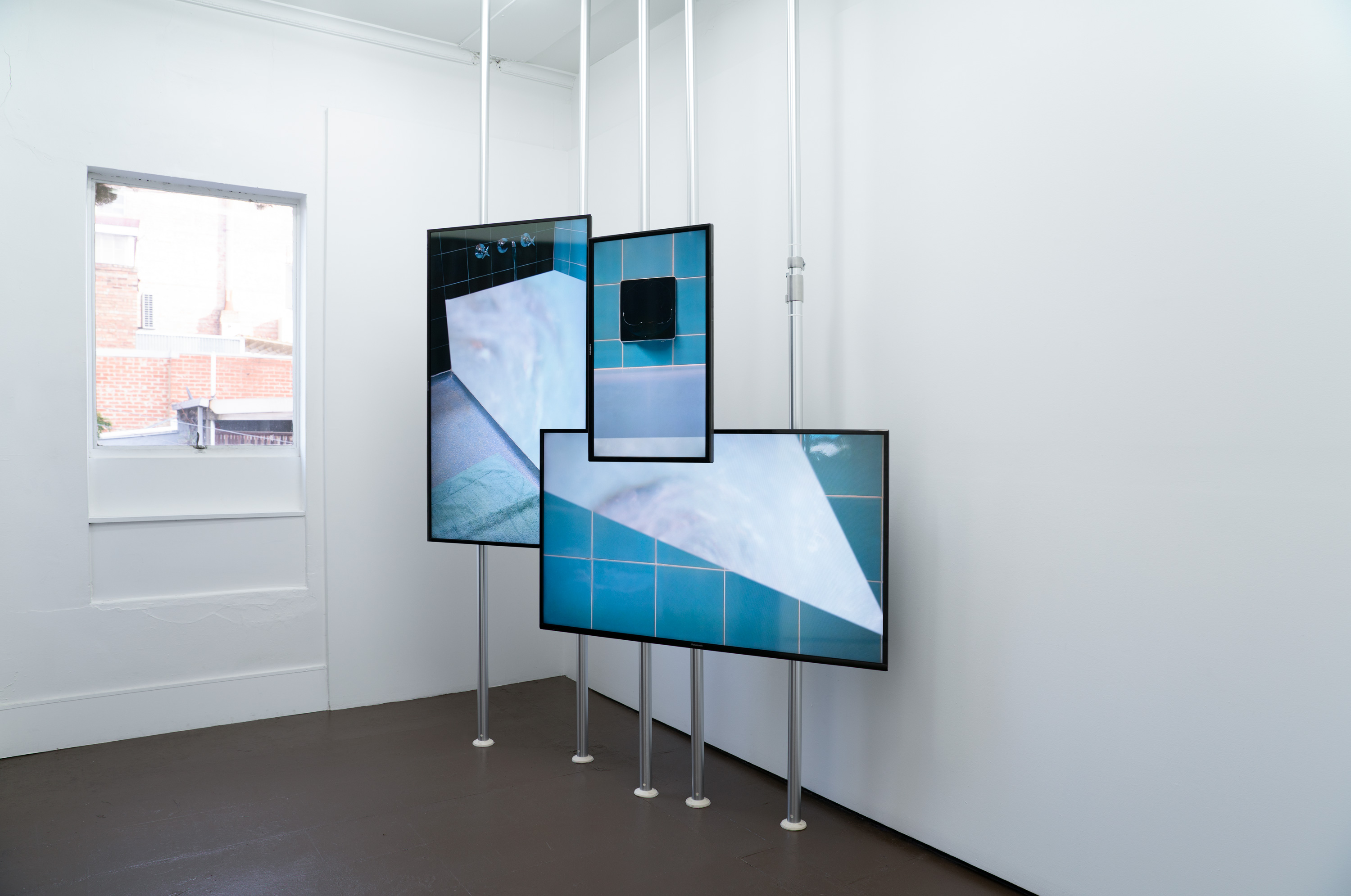