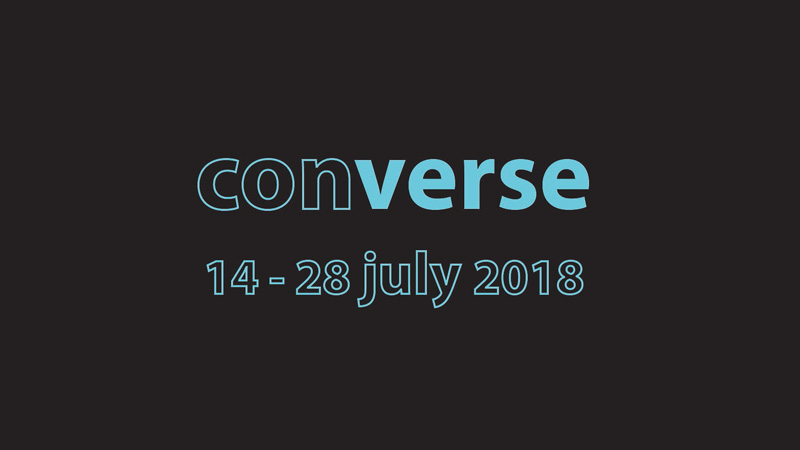 SH:
This project started with your suggestion that we co-curate an exhibition of feminist performative artworks, where we each suggest an artwork that the other person responds to with another artwork. A printed conversation would accompany the exhibition and document our exchange.

When thinking about what work I might select to start the exchange, my focus fixed upon the impossible question of how to define feminism. I began to think about feminism as a politics that is inseparable from race, class and queer politics. The fluidity of gender means that a definition of feminism must move beyond the binary thinking that has defined so much of what has come before. So how then does one approach this ever shifting and unravelling topic?

I have elsewhere argued that due to the disparate nature of contemporary art, art theory must move toward idiosyncratic readings of individual works where the field of reference is defined by the artwork, rather than attempting to understand artworks solely as they relate to the field of art theory. This approach seems useful when curating an exhibition of this kind, where the material may come from varied sources and is tentatively related through the broad and shifting category of feminism.

I have chosen two artworks in order to articulate two different ways of presenting female identity. The first work is a video Baby Gestures (2016) by Nina Ross and the second is a photograph taken from a series of photographs by Mandy Quadrio, titled Challenging the Aesthetics of Mythic Identity (2016).

Nina Ross’s video Baby Gestures addresses the condition of being a woman directly through her personal experience as a mother. Ross describes the video as a self-portrait performance. The video documents Ross re-enacting a series of gestures that she undertakes regularly when trying to transition her sleeping child from her embrace to another sleeping area. These commonplace gestures act as metaphor for the separation that occurs between mother and child, starting from birth, through breast-feeding and onward. This work positions the mother as physically intertwined with her children. Interestingly the gesture that is chosen to explore the biological separation between mother and child, is not in itself biologically determined, but it is determined by a choice to care for the child.

Mandy Quadrio’s practice is explicitly focused on concepts of her own indigenous identity and the effects of colonisation in the Australian context. Challenging the Aesthetic of Mythic Identity is a series of self-portraits that visually explore the continued manipulation of her Tasmanian palawa culture. The masks both conceal and reveal her as a palawa person. Her works are explicitly focused upon her indigenous identity, however the role of self-portraiture in the history of feminist photography gives reason to think about these works as implicitly feminist. There is sense in which works of self-portraiture by women act as a feminist gesture, by virtue of giving much needed visibility to women as individuals: an effect that may one day evaporate with equal representation. This is a layer of meaning that sits in the extra-diegetic content of the work speaking of female representation, rather than extending to comment on the role of women within palawa culture.

RH:
As my first response to the conversation I have selected Fold (2015) by artist Hannah Raisin. This work places the body centre-stage. The artist’s body here is abstracted through an intimate close-up, yet evident through flesh tones, folds of the skin, and the tell-tale V shape of the pelvic area. The stillness of the body acts as a prop for the undulating movements of the abalone, which writhes and wriggles in a provocative and suggestive manner. Fold, as the title suggests, is a humorous play on central core imagery and the essentialist debates that unfolded in feminist theory, questioning feminine/female identity as delimited in relation to biological determinism. Abalone can change sex depending on conditions, such as water temperature. Part of Raisin’s interest in the species is this potential to challenge binaries. The work connects together the folds of the female body and the flesh of the mollusc in a visceral experience, suggesting a symbiotic relationship between these organisms, that is also absurdist – humour is created as Fold oscillates between moments of attraction and repulsion.

SH:
Language Very Small (2018) by Archie Barry is an eloquent exploration of the way binary understandings of gender have, and are, inscribed through culture and institutions onto individuals. The video and letter that form this iteration of the work are the culmination of research into Edward De Lacey Evans, a gender non-conforming person who resided in Victoria during the nineteenth century. Central to the work is a photograph of Evans from the library collection. The performative video depicts the artist in the reading room of the State Library Victoria, holding two rigid pieces of cardboard that display sections of the artefact-heavy image of Evans over their own face. The disjuncture between the image and the corporeal body that sits behind it, gives the impression of distance between Barry and Evans, but the tenderness of the gesture and the way both representations merge into one image of the face, marks the connection between Barry and Evans across time. The camera circles the central figure, obscuring the background and focusing on the gesture amongst an unstable and ever changing context. The accompanying letter makes clear that, despite culture and institutions working against fluid readings of gender, personal exchange and connection is possible and there is the potential for change, even if culture and institutions are not there yet.

RH:
In response to our unfolding conversation in relation to performance, language and the body, I have chosen the work Bad Timing (2017) by Barbara Cleveland as the final selection for the exhibition. Barbara Cleveland is a collective comprising four artists Diana Baker Smith, Frances Barrett, Kate Blackmore and Kelly Doley. Bad Timing is the fifth work in a series which explores the legacy of mythic Australian performance artist Barbara Cleveland. Revisiting a 1977 score, the 2017 response by the contemporary collective ‘Barbara Cleveland’ re-examines the idea of ‘bad timing’ and foregrounds humour as a feminist strategy. Bad Timing intersperses close-ups of the performers, with views revealing the mise-en-scène of the photographic backdrop and theatrical props, and vibrant colour fields with text: LAUGH – CRY – LEAK EVERYWHERE. The quick timing between shots is juxtaposed with moments of hesitancy and awkwardness as the performers attempt to fill in time in front of the camera and converse with the directorial voice off camera, asking the question ‘Is this funny?’ Comedy props are utilised as readymade gags – red noses and absurd wigs augment the performers’ bodies, while at other moments, the body itself is rendered as absurd through gyrations, noise making or pulling faces. Bad Timing re-stages humour as a current feminist strategy and re-enacts the ‘revolutionary power of women’s laughter.’ [1]

SH:
The title of this exhibition has been something that has been difficult to pin down and we have spoken in passing about potential titles alongside our written discussion. The first that you suggested was Performing Feminisms: A Conversation, which I quite liked. It was succinct and to the point, but as the exhibition evolved you suggested Close Your Eyes and Hold Out Your Hands. This title, while evocative, did not seem to stick either. I suggested Converse as a potential title, but for me, this seems to place too much emphasis on the role of curation and not enough on the individual works themselves.

As the conversation about the title evolved in passing moments, between other more immediate and unrelated tasks, time ticked away without resolution. I have decided to bring this extra-diegetic exchange into the written conversation with another suggestion for the title: Adjacent.

As I thought about the exhibition I considered the way that the each work seems to oscillate between a sense of connection and disconnection. To return to the original work that I chose, Baby Gestures, a physically located connection between mother and child is explored through the mother’s attempts to physically separate herself, if only momentarily, from the child who once shared a common body. Likewise, Fold evokes the history of central core imagery in a way that is disconcerting and alien, while at the same time embedded within nature. The use of the archive, within Language Very Small, to understand contemporary experience of gender, suggests a distance and connection across time.

Each work in this exhibition sits next to each other as an individual exploration of gender, tied always to personal experience, which is perhaps, in part, why each work utilises the artist’s body in some way. Certain aspects of each work sit neatly alongside each other and some sit in opposition, but together they create a dialogue, an exchange and a conversation. It seems to me that a systemic problem with much feminist thought to date has been the desire to synthesise and unify diverse experiences of gender, rather than allowing them to sit adjacent one another in their difference.

RH:
For me, your suggested title Converse speaks to the dialogic, which emphasises the space between works and invokes the face to face relation between interlocutors. I’m reminded of Emmanuel Levinas, who describes the face-to-face relation par excellence as an ethical position of address and receptiveness to the Other. [2] Converse also speaks to the alternative position. It reminds me that there is always another perspective and viewpoint from which to consider a situation. So, with each assertion in this conversation, there is also a counter assertion (or a number) that has arisen. This project has also delimited the exhibition format as a framing device and the potential for conversation to open up this structure. As Luce Irigaray reflects, a dialogue is “held between an ‘I’ and a ‘you’ who are different and must remain different; then the exchange between them aims to light the way of each one and prepare a possible coexistence between two worlds, two cultures, two truths, two places or spaces, two times.” [3] What this conversation reveals and reflects is the polyvocal nature of contemporary feminisms.