The screens that surround us have a history that extends across hundreds of millions of years, as media theorist Jussi Parikka emphasises in his recent writing. This history stretches back to the geological formation of the rare metals from which this technology is composed and reaches forward to the post-human future of media, as a newly-created exoskeleton of e-waste forming its own geological layer around the Earth. Humans have transformed the world rapidly. As Parikka notes, we have moved from a society that, less than a hundred years ago, was based around a very small number of materials to one in which a computer-chip alone contains sixty elements, often processed via a further litany of chemicals and elements. This history, currently being written, is one defined by obsolescence, waste and ruin, and one that plays out subtly in the four video works presented here. These works take the detritus of human activity as their starting point, and have disconcerting undertones, yet they simultaneously transform and resolve these ruins in unique and often mesmerising ways.

Leela Schauble’s Synthetic Species Motion Study No.7 proposes a future in which the humble plastic bag, the still-ubiquitous artefact of consumer waste, has evolved to become a new form of life. As millions of plastic bag choke the waterways, Synthetic Species calmly, gracefully, beautifully, imagines a post-human future in which our detritus metamorphoses and breathes life into a new world.

Resonant Ruins, by Zoe Scoglio, is the only work here in which human figures are visible, yet this appearance is brief and blurred, fading into the background. Instead, a spotlight is focused, literally, on metallic objects scattered among the peripheries of the urban landscape. As they are illuminated and darkened by the play of artificial light, the objects breathe and hum; though forgotten and abandoned, they are intertwined with human life, whilst also in states of flux and slow transformation that extend well beyond the temporality of humanity.

A fluorescent light flickers, never quite reaching illumination. In Fluorescent Composition III, David Mutch takes this inadvertent stuttering and, via elaborate video editing, pushes this to its rhythmic extremes. Fluorescent light, concrete, plastic raincoats, rubble and lone figures: these are recurring themes across Mutch’s practice as it spans video, installation, photography and sculpture. Together, these material tropes present a cold, brutal and, at times, apocalyptic landscape. Fluorescent Composition III continues in this bleak trajectory using the visual rhyme between lights and screens to gesture towards both the abstraction and failure of technology. Yet, like Schauble’s Synthetic Species series, Mutch also offers something magical, giving new life to a cold stuttering technology.

Three Rooms continues Polly Stanton’s long-running interest in using the camera to explore, reflect upon and transform abandoned and ruined spaces. While works like Hallway (2009) and House (2010) use camera movement to activate spaces of ruin via cinematic codes, Three Rooms instead uses stillness to invite contemplation, the only movement coming from the sun and the snow. Our gaze is fixed on the ruins of previous human habitation, slowly reclaimed by the disinterested movements of the elements. Here, the window onto the landscape, found throughout art history, is a blank white space, suggesting a history erased and a future yet-to-be written.

This exhibition was exhibited on unceded lands, and we acknowledge and pay our respects to the traditional custodians of the place now called Sydney, the Gadigal of the Eora Nation. 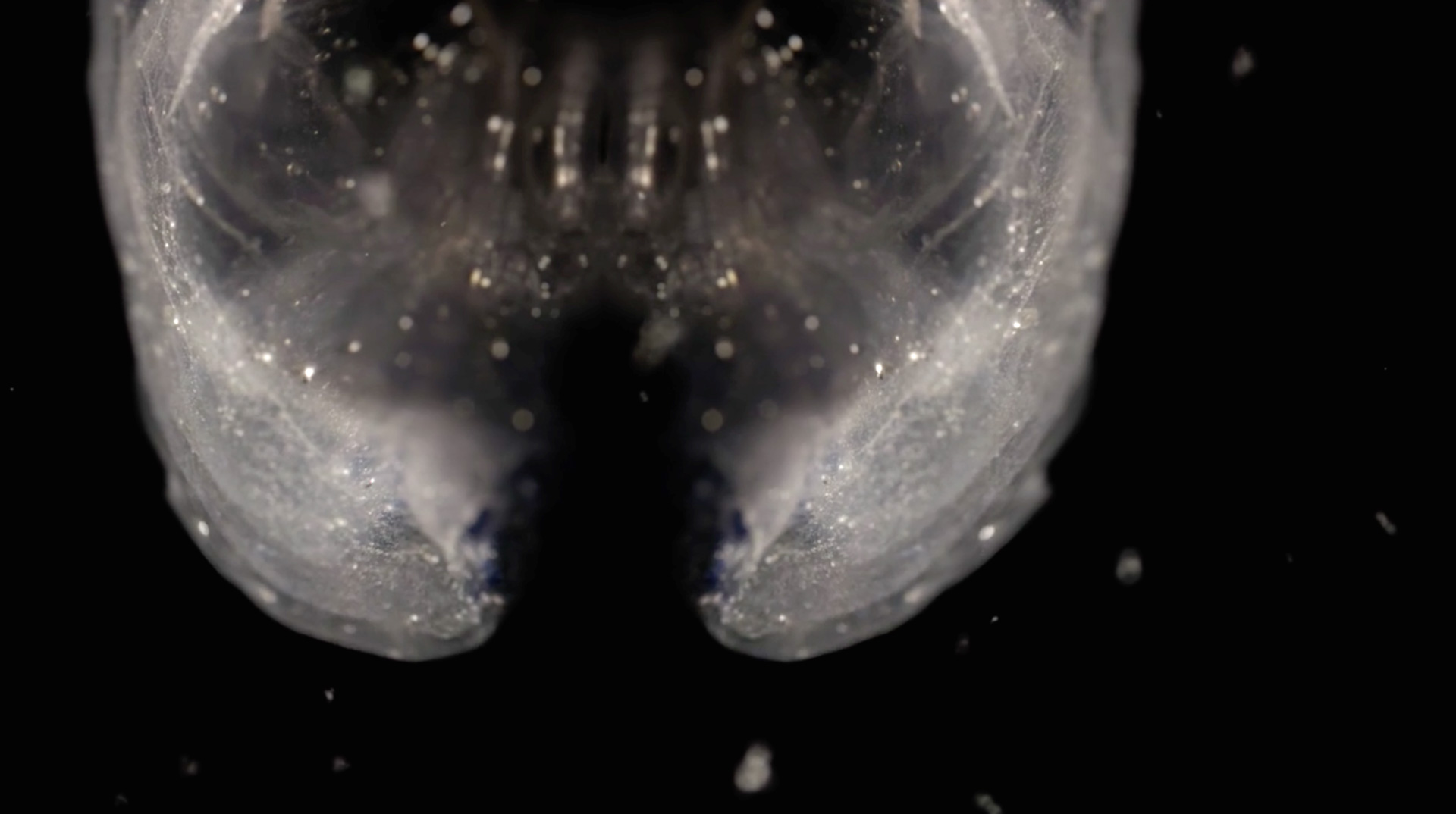