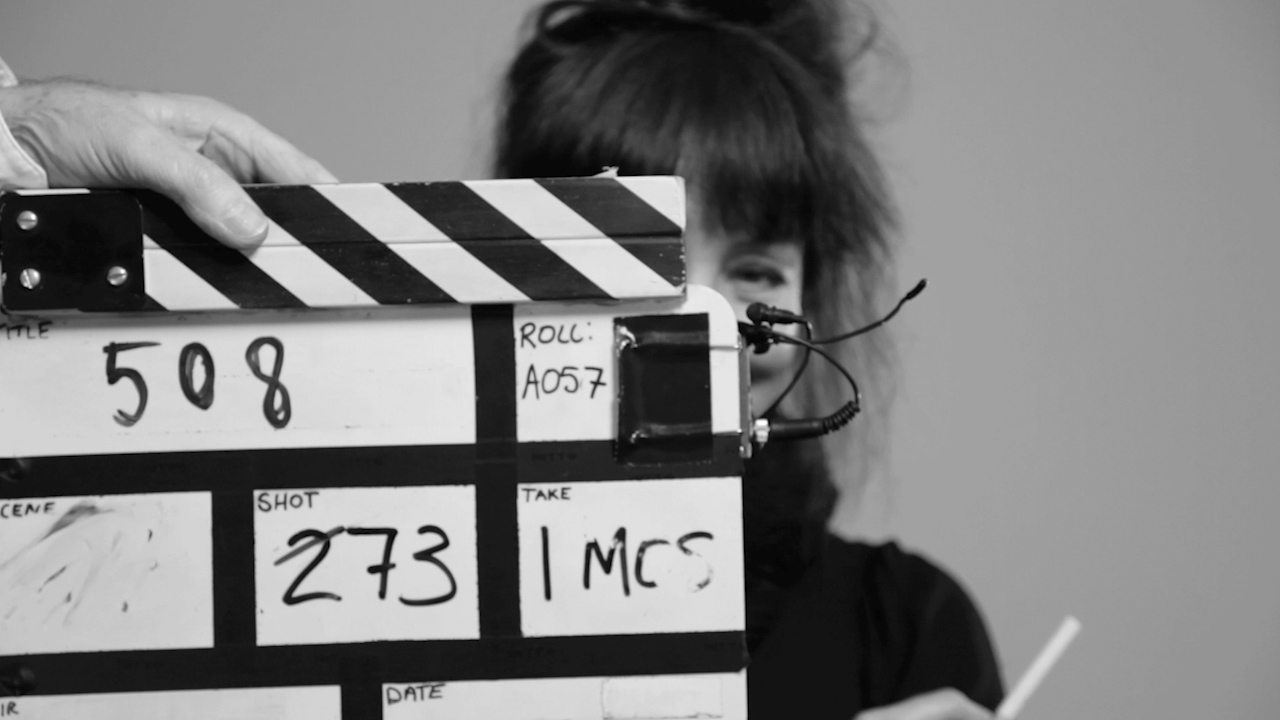 Performing Cinema presents a range of video works by Australian artists that turn to cinema as a method through which to interpret performance. Each work focuses on human performance, and harkens to histories of performance art. However, instead of attempting a stark documentary recording of an ephemeral gesture, the works turn to cinema, its history and codes, and consider the potential of this to elaborate performance.

Unlike cinema, which focuses on narrative, all the works in this screening use process as a source of meaning, which links them to visual arts in general and performance art in particular.

Evoking the aesthetic of a cinematic credit sequence, Pozible Neighbours creates an action that is the product of editing: formally oscillating between the repetitive gestures of performance art and the video loop. Woodward synthesises several media through this gesture, from the antiquated telephone book, through cinema (creating the impression of celluloid in a digital format), to arrive at a comment on the systematic and dehumanising aspects of crowd funding. A procession of common, interchangeable, names appear and disappear amidst the mechanically-constant flipping through the telephone book. It is an image that harkens to contemporary ‘social’ media which serves to commodify the collective and makes personal relationships as impersonal as a credit sequence.

Tension Sketch #5 is comprised of a series of short clips that were selected based on a simple rule: the moment when a landscape scene, devoid of human activity, is accidentally interrupted, either by someone appearing in the frame, an aperture shift, refocus, or equipment appearing in the frame. Here the off-screen performance of any photographic-based work becomes the content. Morrison’s work, generally defined by precise and rhythmic editing, here opens itself to the accident, with the rule devised as he began to edit an almost overwhelming amount of material shot during a Banff residency.

Spoken in English and Italian, the phrase “I Can’t Do Anything” is a line repeated by different people, in different ways, in the same context. The consistency of the background and framing suggests a screen test, however the different emotional emphasis across individuals suggests that the subjects are not reading from a script. Instead, we see the interpretations of individuals and the elasticity of spoken language. The phrase itself also reflects on the frustration of miscommunication and misunderstanding.

Created in response to Neumark’s recent redundancy from an academic position at a prominent Australian university, the shredded paper that fills these short vignettes, as props and mise-en-scène, is the by-product of all the administration done during her academic candidature. The Three Stooges forms a cultural reference for the absurdities that beset the modern worker.

Taking its cue from the film Little Murders (1971), Woodward’s video harkens to 1970s Hollywood cinema more generally, and its substitution of the archetypal heroic male with paranoid and unreliable characters, as well as the fascination of the era with increasingly pervasive and portable audio and video recording technology. In such cinema, both the technology and the characters are are unreliable and point towards the construction of Hollywood cinema itself. Woodward transposes this self-reflexivity onto the context of the conventions of contemporary art, as we hear the voice of the artist’s father reading Woodward’s artist statements. Placed in this aesthetic context, the ‘authority’ of the artist’s voice is rendered as inept and unreliable as a 1970s anti-hero.

This work is a collaboration between the artist (Köller) and the performer (Presa) who is herself an artist. The video, inspired by Warhol’s screen tests and Michelangelo Antonioni’s little known Il Provino (The Screen Test) (1965)presents a fictional re-enactment of Anna Karina’s screen test for Alphaville (1965). Presa was laden with the task of acting a scene in a language she does not speak. With occasional spelling errors, the subtitles follow Presa’s pronunciation, rather than the source material, creating a space where language is always an approximation and slippages are prevalent. The convergence of Presa’s and Karina’s actual age and the divergence of their screen age, points toward the slippages of time created by photographic based images.

A sole female attempts an impossible task: to hold back the sea using nothing more than a few sand bags. A disjointed, half-realised conversation is read through subtitles, like the internal thoughts of the woman. The video tells a story that is different from the subtitles, but they merge through the figure of the woman. This disjuncture and synthesis is replicated formally through the constant rupture of cinematic illusion, the constant focusing and refocusing of the lens, camera movement and even the interaction between the performer and camera operator. In turn the cinematic aesthetic smooths over the usual sense of immediacy generated by documentary style recordings of performance. The title of the work “never confusion movement with action” points towards the desire to articulate the purpose of action, coupled with an inability to ever really make a conclusive assessment of intent.

Photographer Melanie Jayne Taylor pushes a box of her photographs out to sea only to have them slowly and uneventfully return to shore, while speedboats disrupt the ‘postcard’ serenity of the scene. Here, the archive, which is central to Taylor’s practice, is seen as a fluid process, which involves letting go as much as it requires holding on. Taylor uses her own form to address the human as a disruptive force to the consistency of the archive. 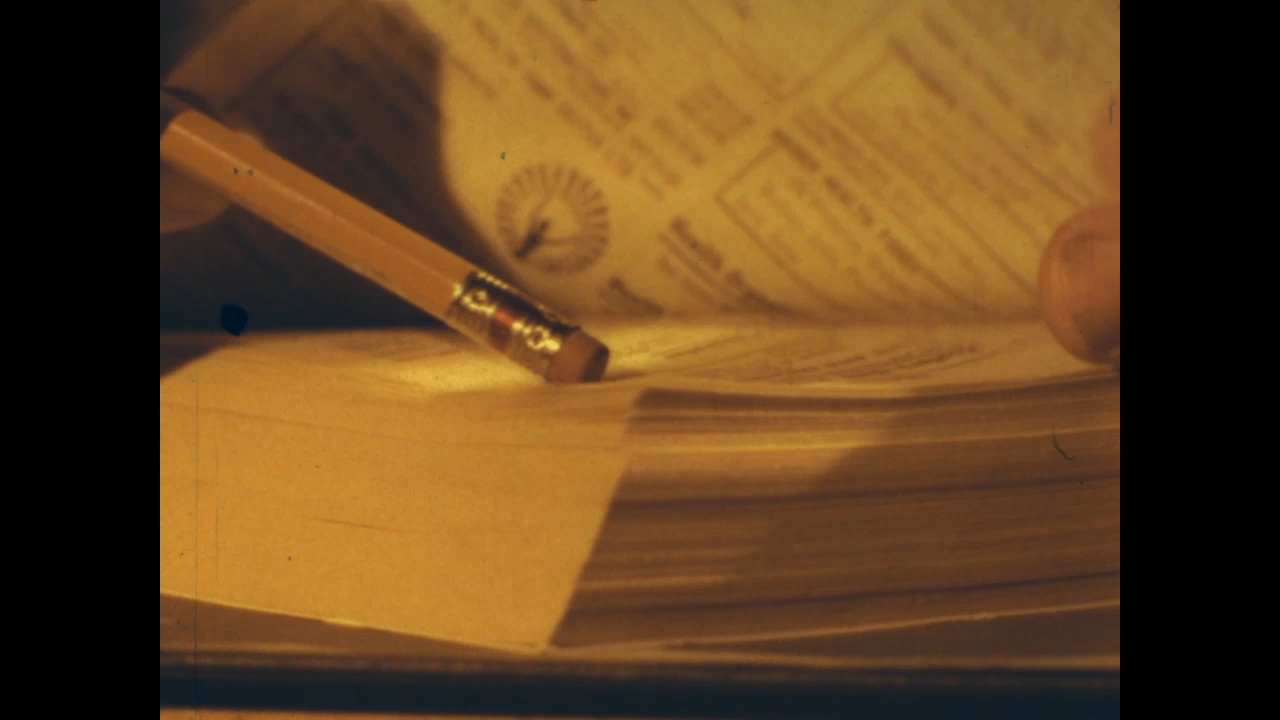 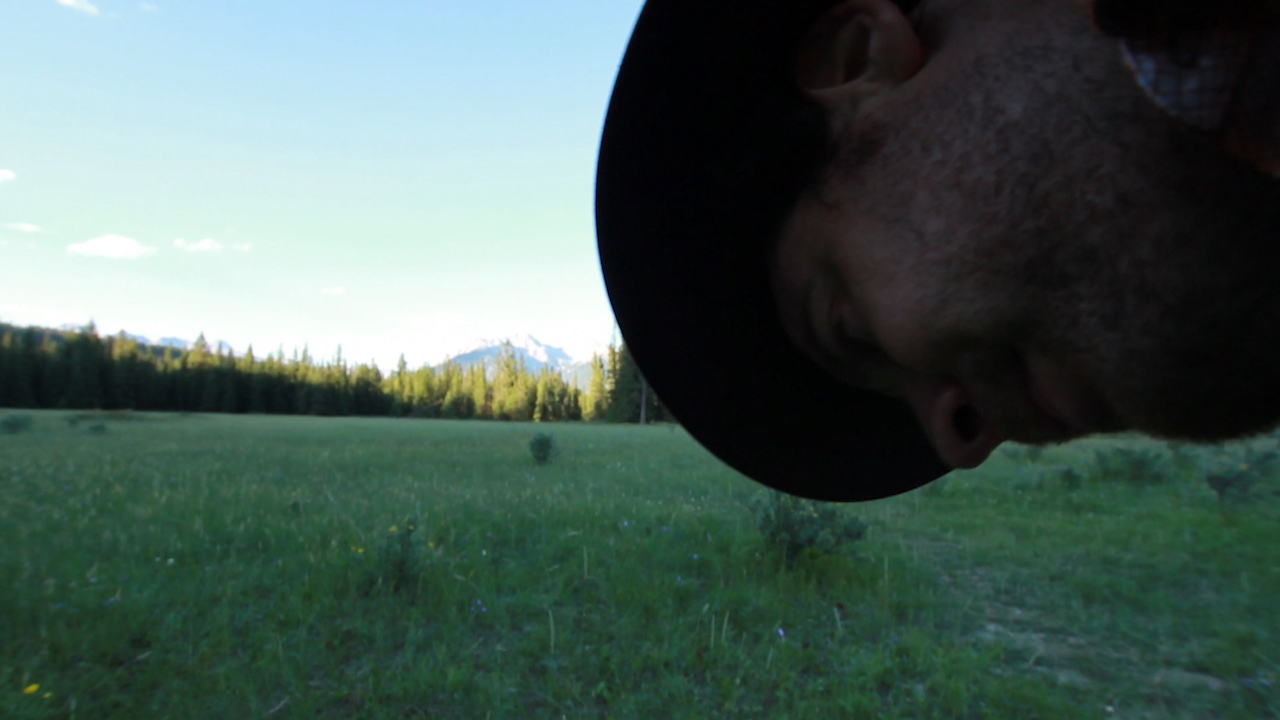 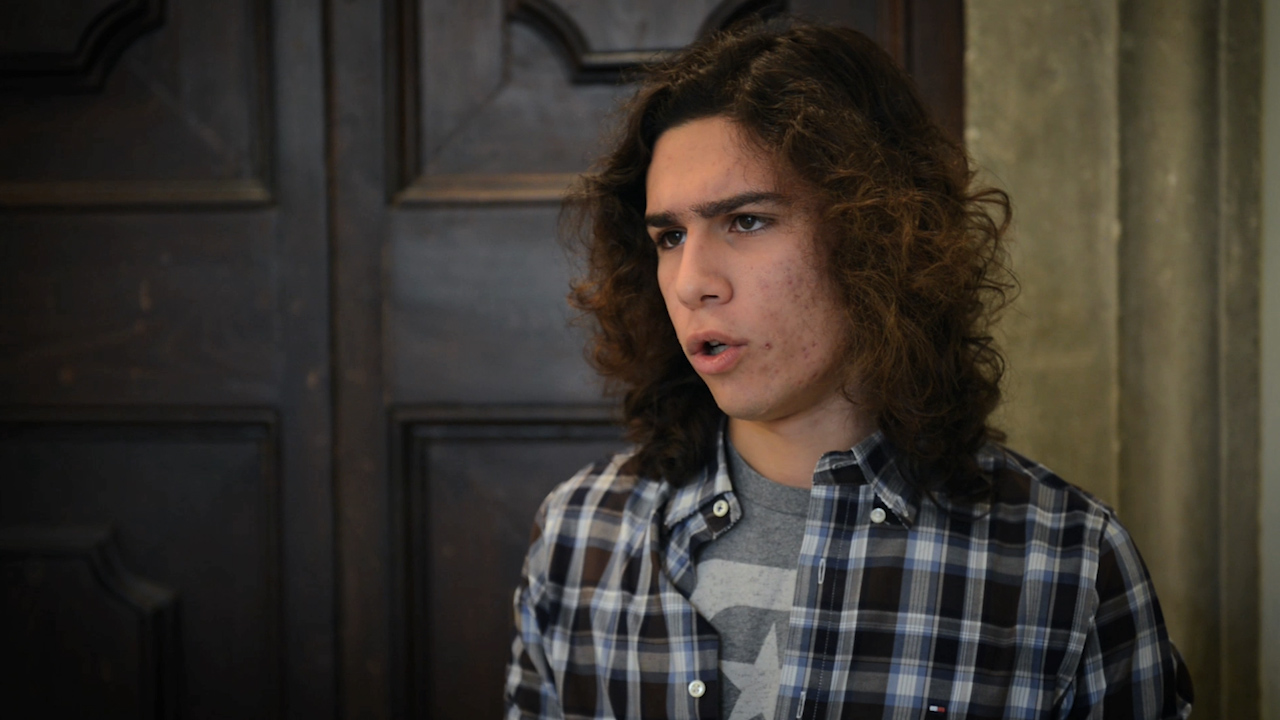 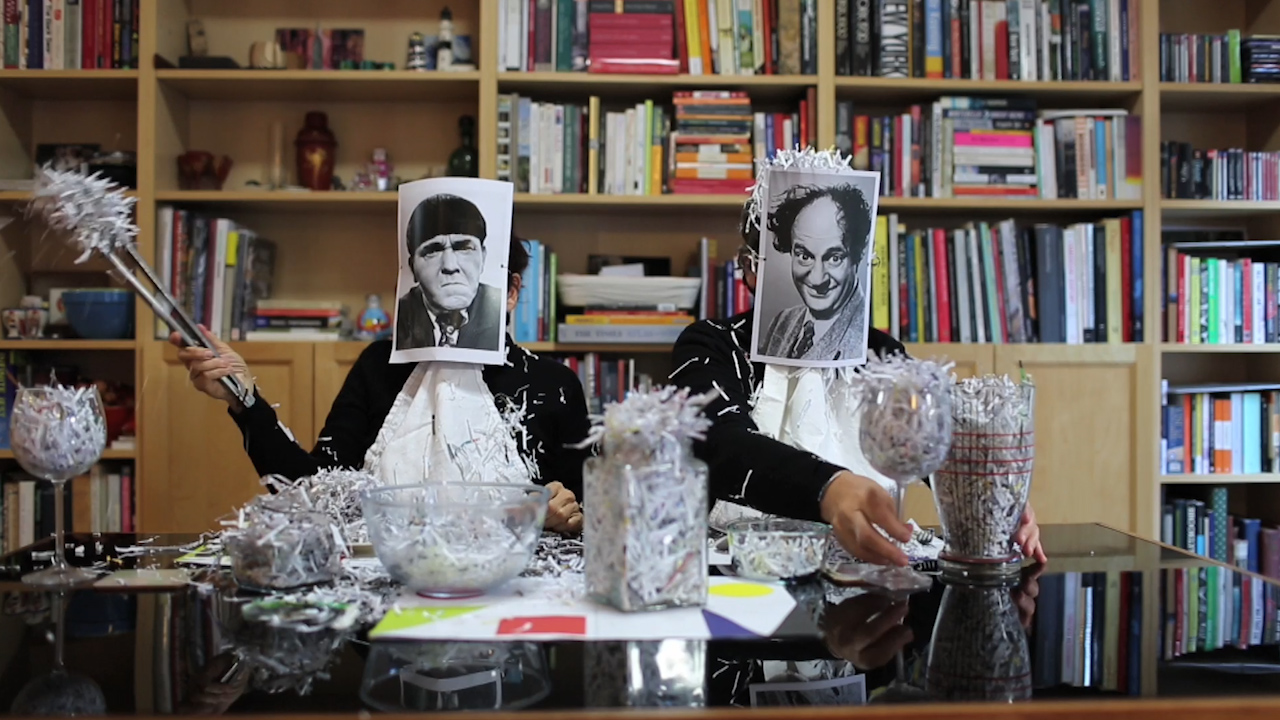 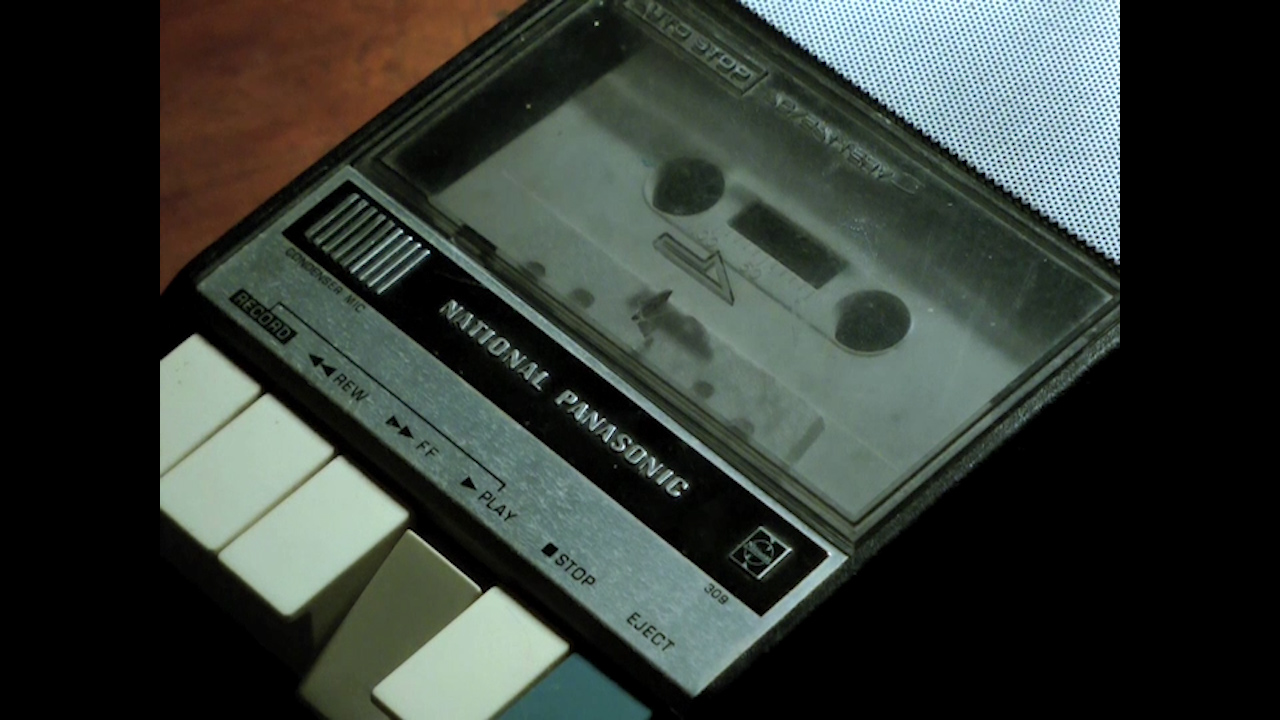 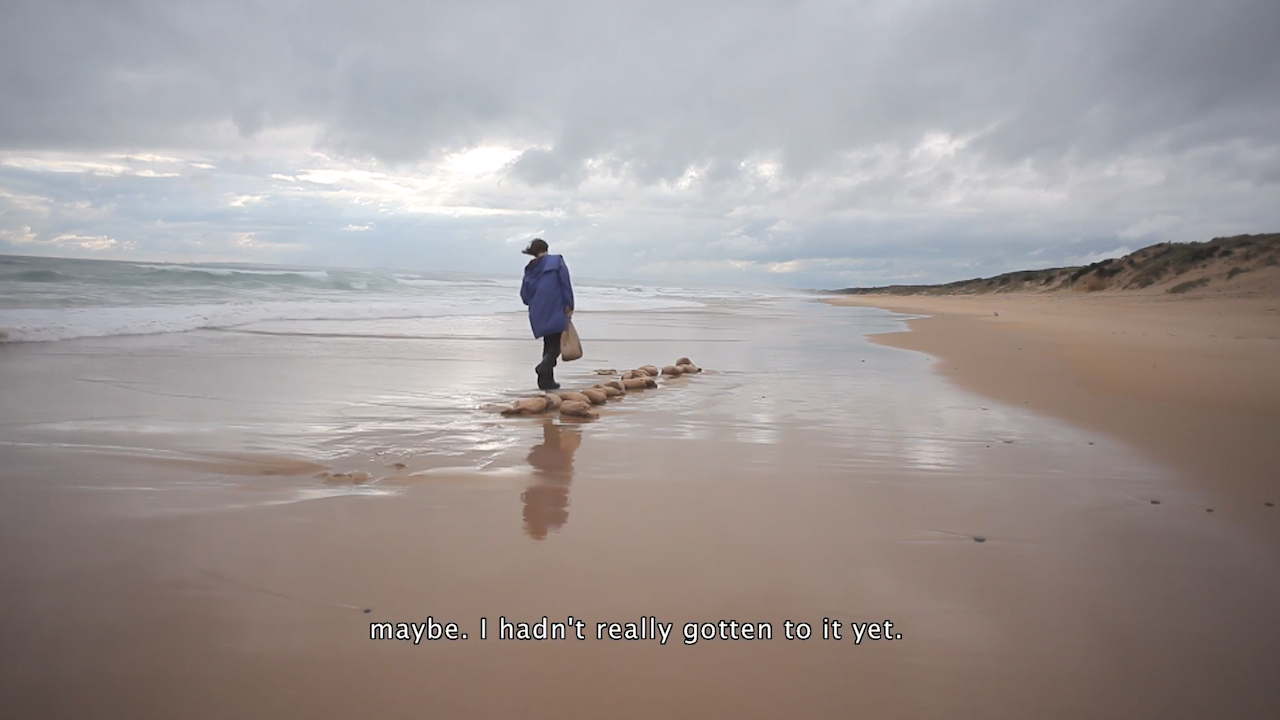 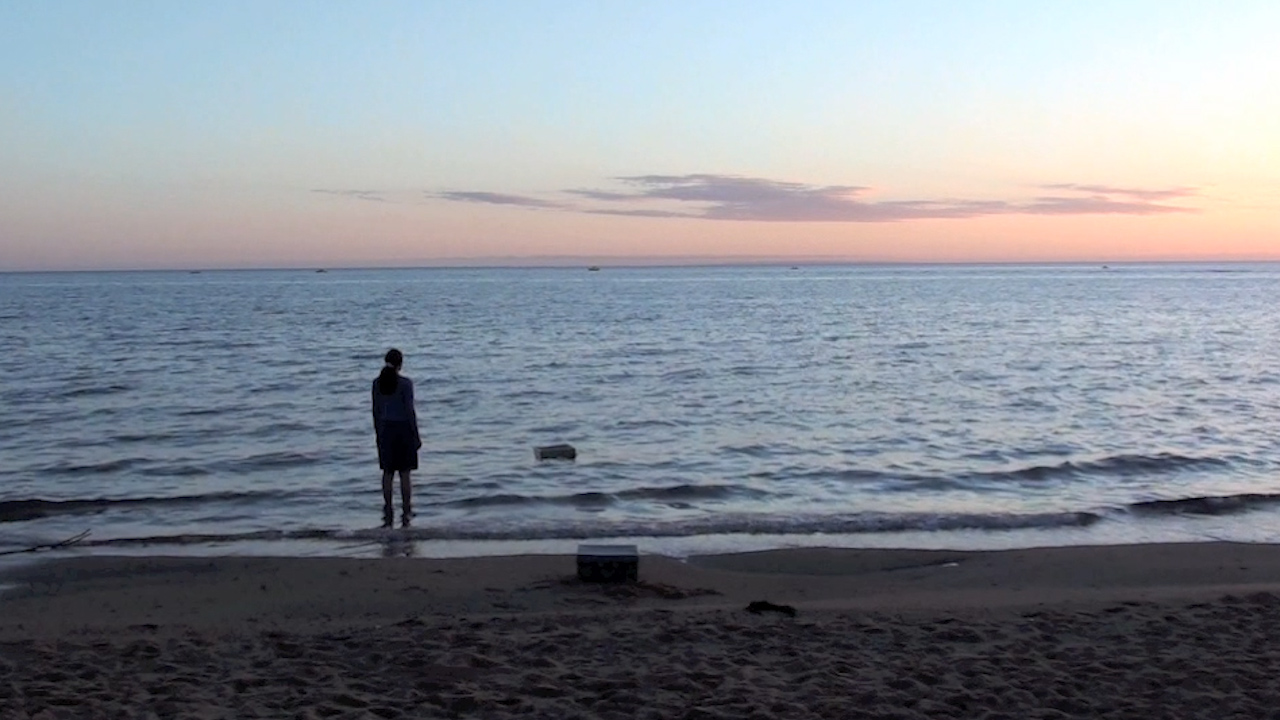